It’s been a busy start to the season. Even though we got in to Queenstown a whole month ago now it seems like it was only last week! There was significantly more snow on the mountains and resorts on the flight in which was quite a relief. In previous years there hasn’t been any snow to speak of. 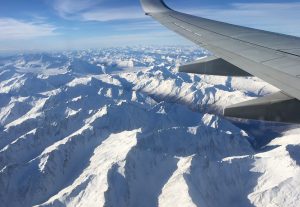 Early season snow falls in May, temperatures remaining cold and more early season snow has kept the buzz in town that this will be a great season for snow. This season seems to be defying the locals adage, ‘Snow in May never stays, Snow in June still too soon.’ We’ve even had snow to the valley floor before Opening Day!

I’ve been busy training the local high schoolers and new hire interns the ways of teaching at Coronet and how to be effective assistants and instructors. I am also getting my schedule organised for the school holidays and the season. 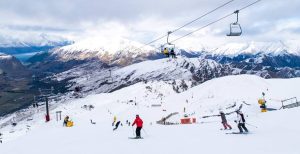 Some Australian school holidays have already started, or starting on Monday, with the New Zealand school holidays starting next week. For the New Zealand school holidays I will be working on the Ski Clubs Ski Weeks, then after the school holidays I’ll be working on the Wakatipu Ski Clubs 6 Sunday’s Programme.
Both of these programmes are rewarding, as the participants are either locals of Queenstown, or the greater region on the South Island, and are fun to ski with.
Night Ski officially started on Friday night with the Launch Party tonight with Aroha & MC Tali and Hedlok. First Tracks opens on the 2nd July just in time for the holidays.
In August, I have my Trainers Cert. Exam, which is a tough nut to crack. This will be the third season I’ll be attempting the exam, this time for sure!
Advertisement